Coronavirus (COVID-19) - Recommendations for our hosts and nomads during your shares :view our dedicated page

Top 10 places to go out and walk in Paris 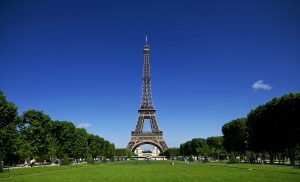 Discover the Top 10 places to go out and walk in Paris by following in the footsteps of a Nohô host, Parisian, local resident or simply passionate about the city. The Saint-Martin canal, the Buttes-Chaumont park, the Champ de Mars, the Paris Catacombs, the Père-Lachaise cemetery, the Latin Quarter and the Panthéon will amaze you.

In the Top 10 places to go out and walk in Paris, there is the Canal Saint-Martin, a stone’s throw from the Marais district. It stretches from the Port of Arsenal to the Bassin de la Villette. To live like the locals, take a stroll around the Alibert footbridge to the Ourcq canal. In the company of a Nohô host, you will discover the best spots for a picnic or for a drink while enjoying the sunset.

The second place in the Top 10 is a huge green space in the 19th arrondissement of Paris well known for Rosa Bonheur aperitifs: the Buttes-Chaumont. The park was once called the American Quarry. There was indeed gypsum, but also millstone intended to build Parisian buildings. With a Nohô host, you learn unusual stories and meet local resident.

The field of Mars

The Champs-Élysées, the Grand Palais, the Eiffel Tower and of course the Champ de Mars. In the past, many horse races were held there. Today, the Champ de Mars is a large public garden, but also a place under which a bunker is buried … Do you want to discover mind-blowing stories about the city? Nohô hosts tell you about their passions. Any other mysteries in Paris? Take a tour of the activities offered on Nohô and book a sharing with a Nohô host.

Of course, there is no question of venturing into the Paris Catacombs alone! It is also strictly prohibited. Tours are organized by the Museum of the City of Paris. But if you want to shiver,to listen to incredible stories about this cobblestone beach and the maze of over 300 kilometers of galleries. On the Nohô app, hosts share their love for art and culture with you. And for each of your wishes, there is an activity, an experience, an adapted sharing.

There are places that you cannot visit without being accompanied by a passionate person. This is the case with the Père-Lachaise cemetery in Paris. Unusual tombs, famous characters, mind-blowing stories … There are a lot of activities and shares to experience on the Nohô application.

The Sorbonne, the arenas of Lutèce, the boulevard Saint-Michel or Saint-Germain are known to all. But only an enthusiast person can tell you the secrets of the places that vibrated during Antiquity or in May 68. With the Nohô site, you spend a few hours in the company of a person who offers you plenty of ideas for art and culture outings.

Among the Top 10 places to go out and walk in Paris, there is obviously the Panthéon. This monument, which houses the Great Men of the Nation, is rich in secret anecdotes: the dead, reunited enemies, scientific research … Share the passion for History and stories with a Nohô host.

Visit Paris and its famous streets… You certainly know Montmartre and the Place du Tertre? But do you know the Passage de la Sorcière or the Hôtel Particulier Montmartre? And could you find Emily’s favorite haunts from the Emily in Paris series as “the prettiest street in Paris” according to Mindy Chen? The enthusiast persons registered on Nohô will help you discover the hidden anecdotes of a neighborhood.

If you are on Instagram, you are bound to know Rue Crémieux which is one of the most colorful places in Paris. To be sure of a post that gets thousands of Likes, there are some tricks to master. With Nohô, there are hosts who have a sense of photography and light, but also who know where to shoot precisely. 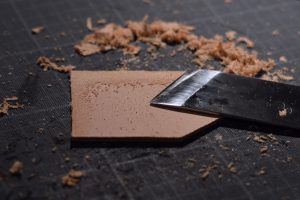 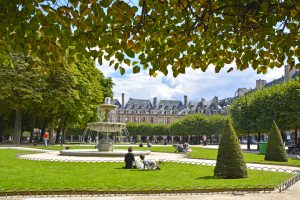